Advertise with us Login Register

On October 17 and 18, 2019, the 67th International Softwood Conference took place in Antwerp in the Radisson Blu Astrid Hotel. It was largely under the impact of the bark beetle catastrophe in Europe and international distortions in the trade. The industry is still fundamentally optimistic, but urges caution. Mark Brinkmeyer, CEO of the Idaho Forest Group,  and David Calabrigo, representing Canfor, gave an overview of the current trends in the U.S. and Canadian lumber industry. 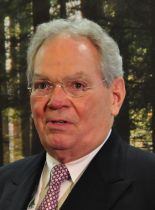 Mark Brinkmeyer, CEO of the Idaho Forest Group, the eighth largest lumber producer in the US, outlined the market situation in the United States. Lately, lumber production in the South of the US has risen more strongly than in the other North American regions. It has recently dropped in British Columbia.

Lumber prices across North America have fallen sharply since the price peak in June 2018, and more so than in comparable situations after price spikes. Prices dropped sharply, settling around $ 250 below the peak of around $ 630 / Mfbm in October.

We work hard to bring you the latest news in the world of international wood industry. The article you are currently reading is available only to registered users.